….and we all got loaded!! I even drunk blogged although there wasn’t a lot said in that post so you may have thought we were at a poetry reading or something.. Us, the North Shore Crew, D, and G all went down to the black frog’s birthday bash!

BTW thanks to Marion for all the invites we ate free food and drank really cheap drinks till well after they were closed! Good times were had all around!!

We met one of the frog’s new waitresses who prefers to be called Chain Saw Girl, and doesn’t ‘do’ the Internet :) All in all good times were had and i am sure that there are many people really hungover this morning due to Darren and his uncanny ability to know the exact wrong time to start ordering shots! :) 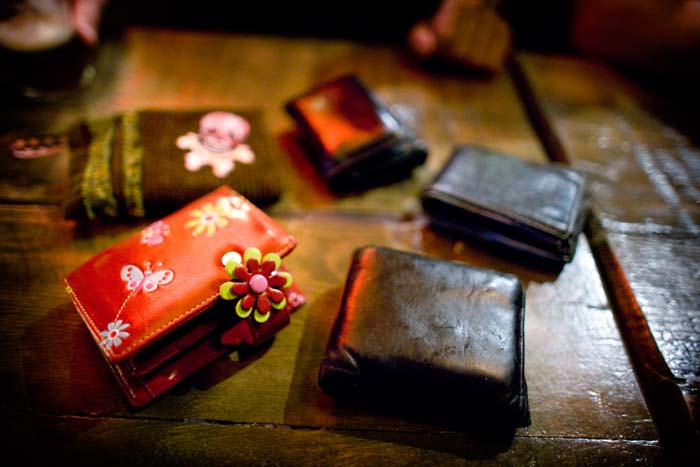 Darren Stole a great many wallets :) 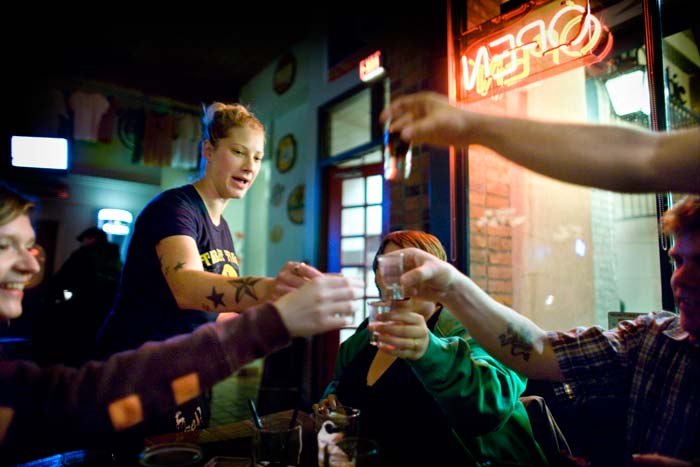 I managed to stay reasonably coherant (mostly due to my uncanny ability to say no to darren’s shots) throughout the evening and I even took some photos and I am doing fine all bright eyed and bushy tailed today.Â  M on the other hand looks as though she will not make it through the day. 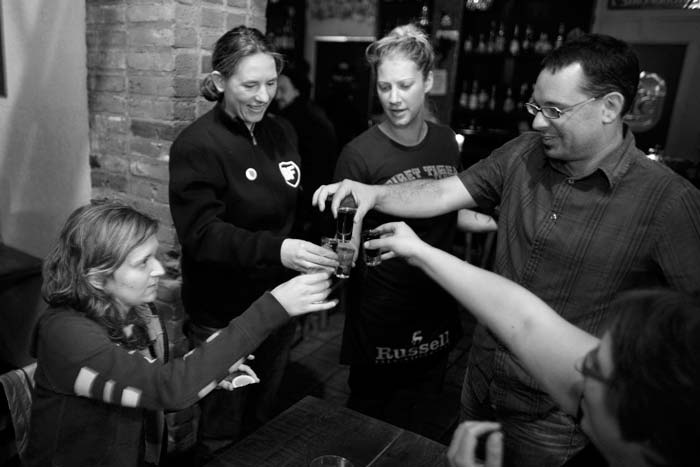