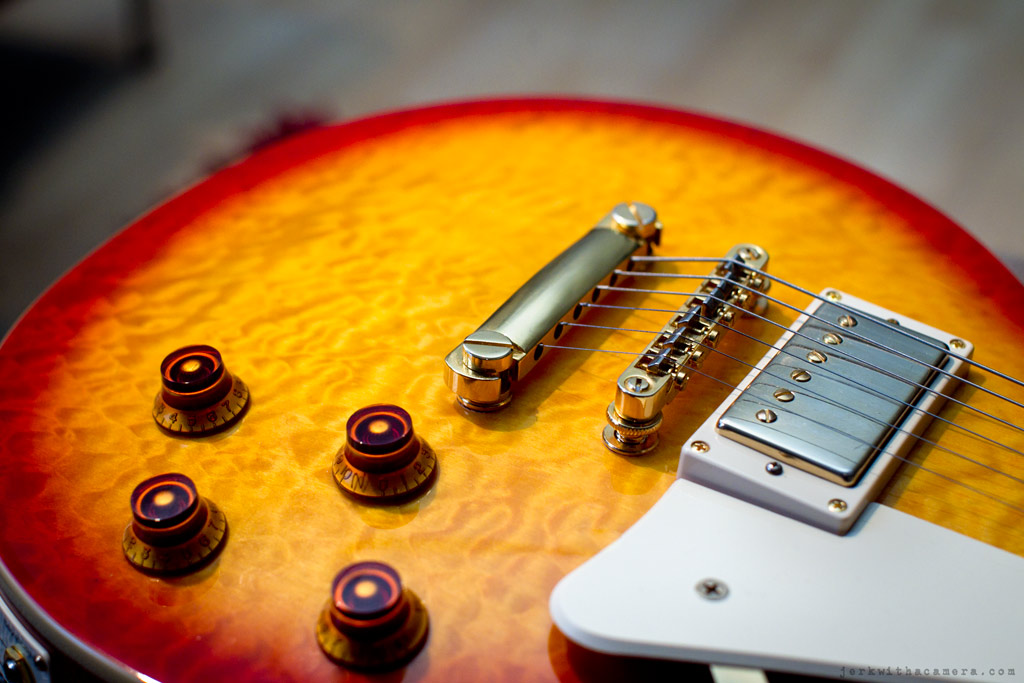 I have been looking at my Epiphone Les Paul as of late and thinking you know I think that this Guitar with all the trimmings needs a bit more bling!

I found very little information about adding bigsby’s to anything little lone a Les paul. So after much research I discovered a couple of neat things about adding the tremolo, but first Lets looks at adding some knob bling. 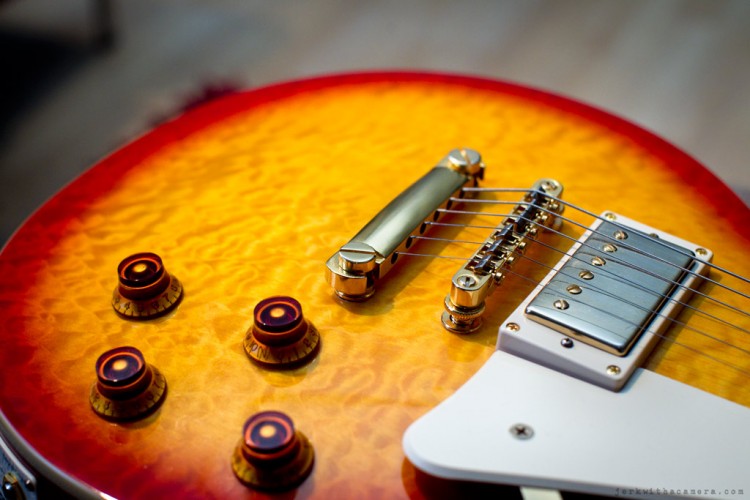 The Guitar Before all the Mods 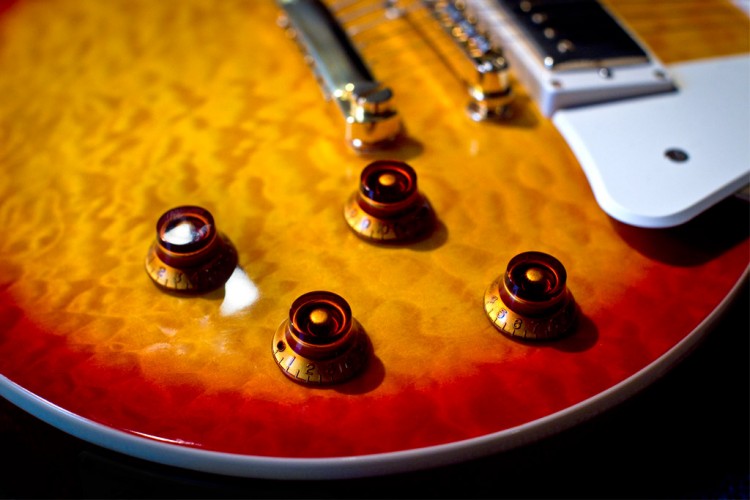 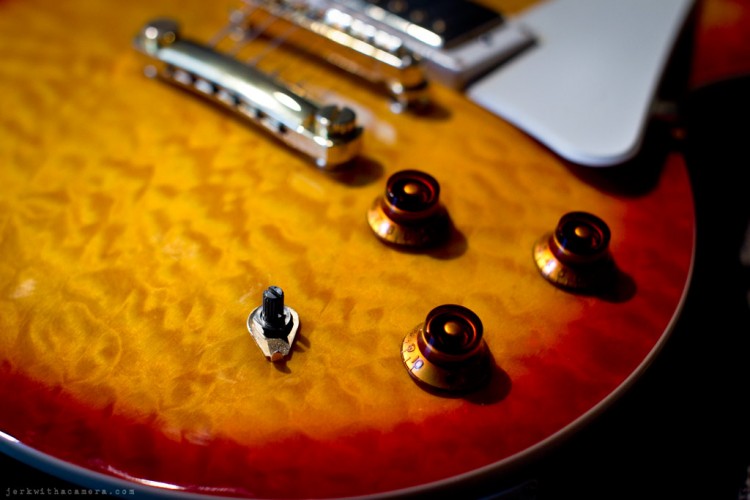 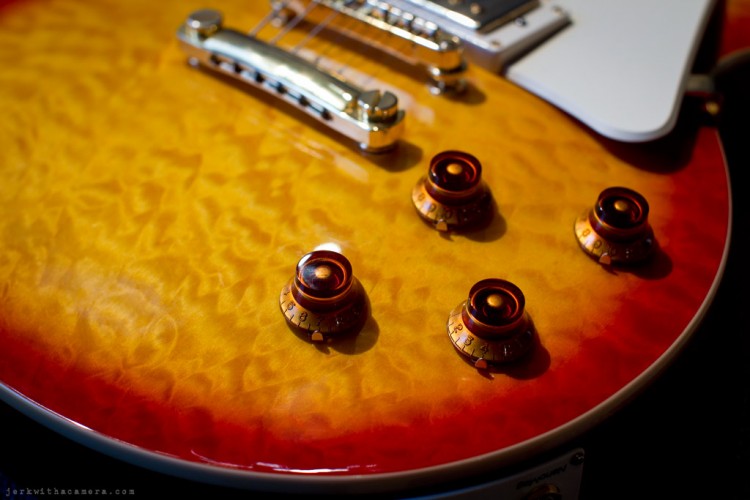 I looked at replacing the Knobs with squared off Gibson type knobs and was able to hook some up for nearly nothing on ebay, however the knobs sat quite high of the top so I stuck with the high hat knobs that came with the Epipi. I did however subtle it is add some knob indicators (again hooked up via ebay) which despite being so subtle I think its adds a lot.

Next I had to de-string the guitar to pull of the tail piece. 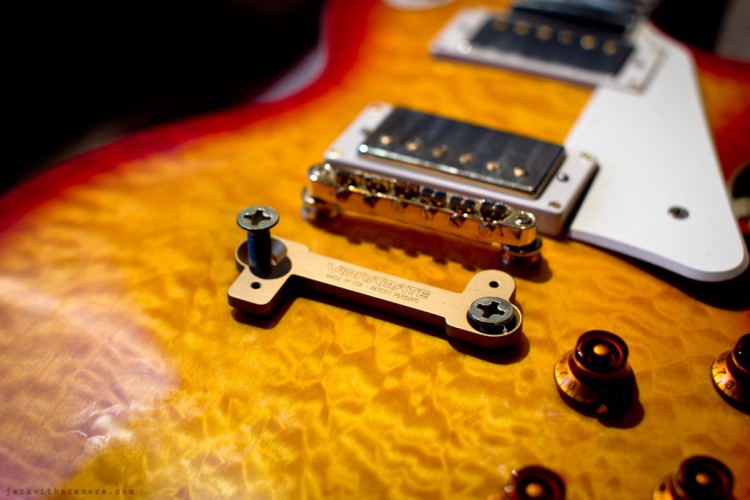 One of my hesitations about adding the Bigsby to the epiphone was the screwing it down to the top of the guitar. While the epiphone is not a $3500-$6000 Gibson Les Paul, I did pay enough money for it that I wasn’t really interested in screwing shit permanently to the top of the guitar. After a bit of research I discovered Vibramate. Vibramate is a company that makes adapters for adding bigsbys to a variety of guitars. You bolt the adapter to bolt holes from the tail piece and then screw the Bigsby to the adapter. genius really! It does set the tremolo up off the top a little bit but it is totally removable with no permenate damage. 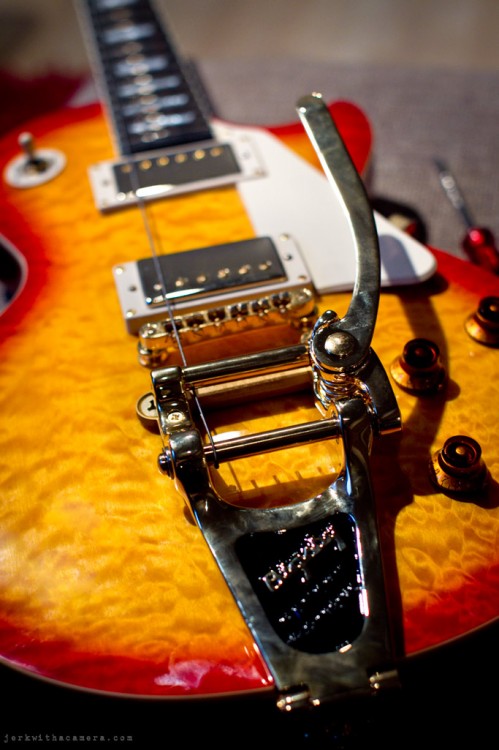 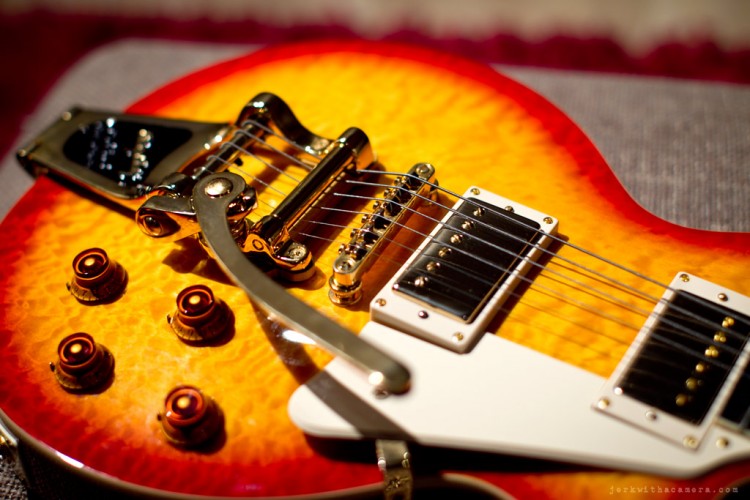 I am super happy with the out come but one last thing I should have gotten before starting this was a roller bridge. Even with flat wounds the strings do catch on the existing bridge and can cause some tuning issues.